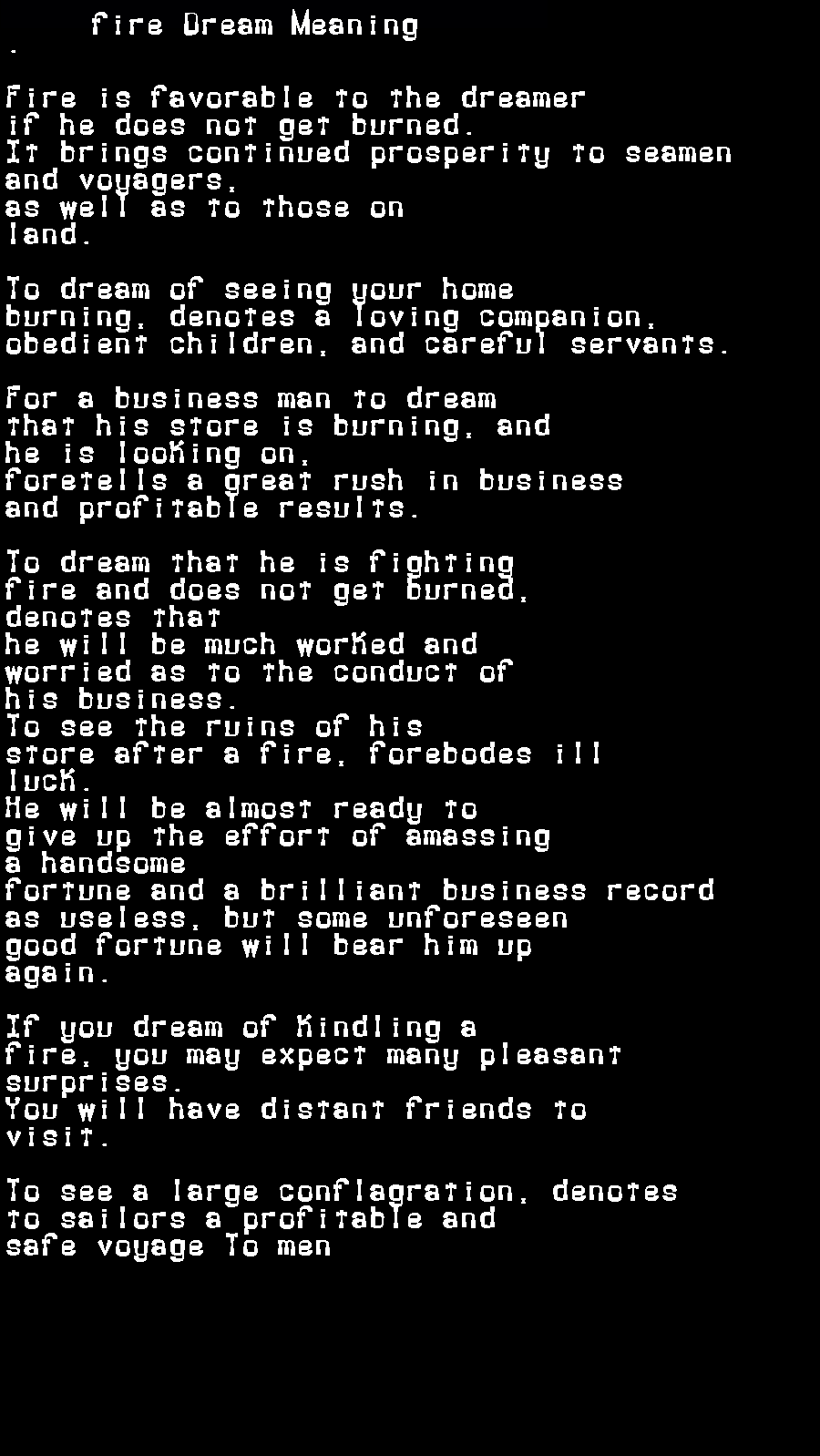 The Bible, as well as other great books of historical and revealed religion, shows traces of a general and substantial belief in dreams. Plato, Goethe, Shakespeare and Napoleon assigned to certain dreams prophetic value. Joseph saw eleven stars of the Zodiac bow to himself, the twelfth star. The famine of Egypt was revealed by a vision of fat and lean cattle. The parents of Jesus were warned of the cruel intention of Herod to kill jesus and were ask to flee with the Divine Child into Egypt.

Plutarch relates how Augustus, while ill, through the dream of a friend, was persuaded to leave his tent, which a few hours after was captured by the enemy, and the bed whereon he had lain was pierced with the enemies' swords.

Joan of Arc predicted her death.

Cazotte, the French philosopher and transcendentalist, warned Condorcet against the manner of his death.

People dream now, the same as they did in medieval and ancient times.

We may see without eyes and hear without ears, by divine excitement of our sense of vision which is through some interior sense, psychic and mental power.

The humand mind , by its interior vision, may see not only what is passing at a great distance, but it may also know in advance what is to happen in the future.

A woman, adored by her husband, dies at Moscow. Her father-in-law, at Pulkowo, near St. Petersburg, saw her that same hour by his side. She walked with him along the street; then she disappeared. Surprised, startled, and terrified, he telegraphed to his son, and learned both the sickness and the death of his daughter-in-law.

We are absolutely obliged to admit that something emanated from the dying woman and touched her father-in-law. This thing unknown is an ethereal movement, as in the case of light, and may have been only an effect, a product, a result; but this effect must have had a cause, and this cause evidently proceeded from the woman who was dying. This uncounscious or conscious projection of the brain can not be easily explained, but it is real.

A lady in her own house hears a voice singing. It is the voice of a friend now in a convent, and she faints, because she is sure it is the voice of the dead. At the same moment that friend does really die, twenty miles away from her. This shows that one soul holds communication with another regardless of distance

The wife of a captain who has gone out to the Indian mutiny sees one night her husband standing before her with his hands pressed to his breast, and a look of suffering on his face. The agitation that she feels convinces her that he is either killed or badly wounded. It was November 14th. The War Office subsequently publishes his death as having taken place on November 15th. She endeavors to have the true date ascertained. The War Office was wrong. He died on the 14th.

A child six years old stops in the middle of his play and cries out, frightened: ``Mamma, I have seen Mamma.'' At that moment his mother was dying far away from him.

A young girl at a ball stops short in the middle of a dance and cries, bursting into tears. `My father is dead; I have just seen him.' At that moment her father died. She did not even know he was ill.

All these things present themselves to us as indicating not physiological operations of one brain acting on another, but psychic actions of spirit upon spirit. We feel that they indicate to us some power unknown.

This illustration and many others proves to the fact that most dreams are reflection of what will has happened or will happen in our life. it is difficult to apportion what belongs to the spirit to the soul and to the brain. We can only let ourselves be guided in our judgment and our appreciations by the same feeling that is created in us by this phenomena.

This impression is super abundantly confirmed by investigation concerning the unknown faculties of the soul, when active in dreams and somnambulism.

A brother learns the death of his young sister by a terrible nightmare.

A young girl sees beforehand, in a dream, the man whom she will marry.

A mother sees her child lying in a road, covered with blood.

A lady goes, in a dream, to visit her husband on a distant steamer, and her husband really receives this visit, which is seen by a third person.

A magnetized lady sees and describes the interior of the body of her dying mother; what she said is confirmed by the autopsy.

A gentleman sees, in a dream, a lady whom he knows arriving at night in a railroad station, her journey having been undertaken suddenly.

A magistrate sees three years in advance the commission of a crime, down to its smallest details.

Several persons report that they have seen towns and landscapes before they ever visited them, and have seen themselves in situations in which they found themselves long after.

A mother hears her daughter announce her intended marriage six months before it has been thought of.

Cases of death foretold with precision.

A theft is seen by a somnambulist, and the execution of the criminal is foretold.

A young girl sees her fiance', or an intimate friend dying etc.

All these show unknown faculties in the soul. Human mind are capable of achieving many things on consciously or unconsciously in dream state etc.