Listen to back dream meaning & interpretation

dream meanings back and the interpretation 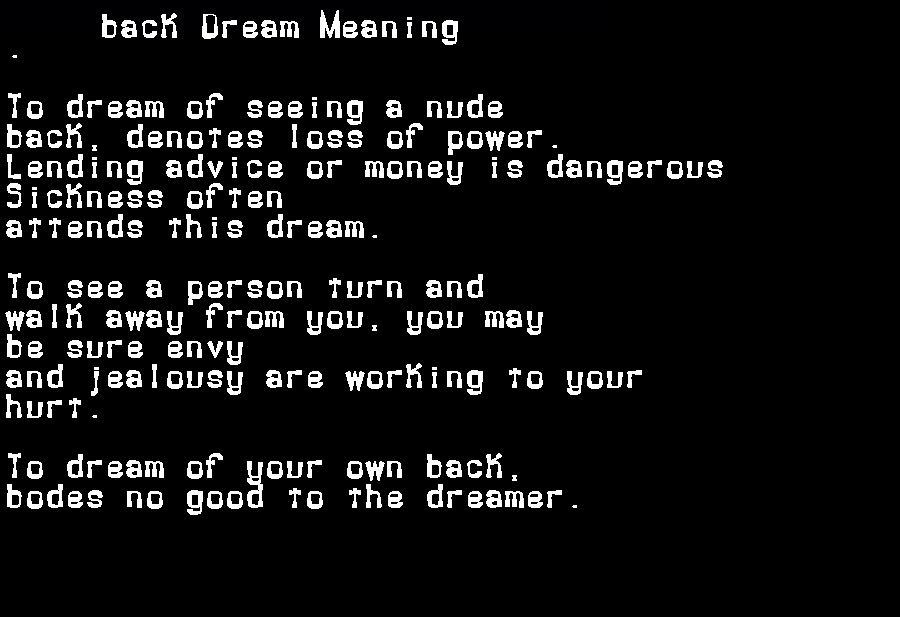