dream meanings beacon-light and the interpretation 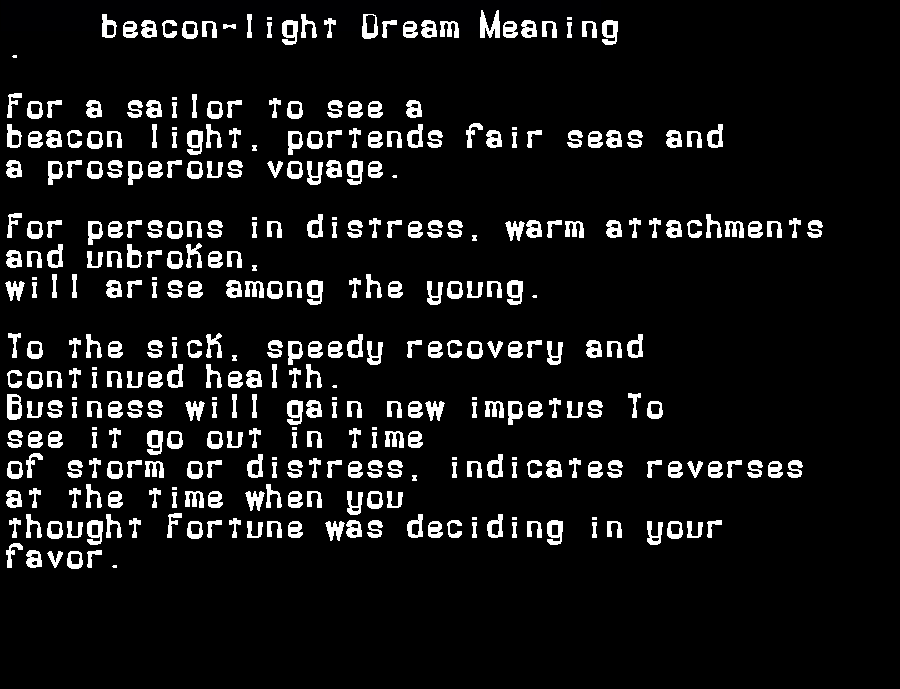