dream meanings coat-of-arms and the interpretation 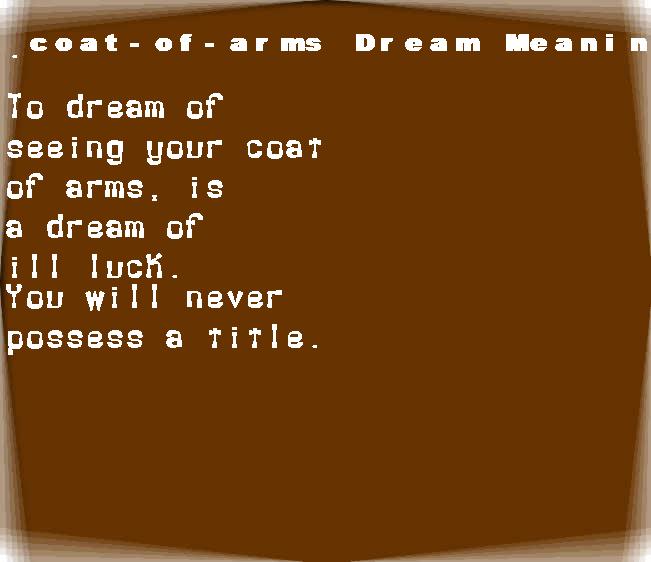